2 edition of Dustfall, Book Two - The Parting of Ways found in the catalog. 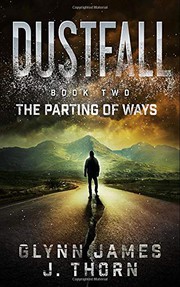 
it is a chilling book. 5 out of 5 stars 315 In a ravaged tribe on the edge of humanity, the suspicious death of a chief thrusts a man into a dark realm for which he is unprepared.

And now Billy wants out. no zombies I liked a lot in this series of books. I really enjoyed how the author turned what we are presently experiencing into ancient folklore that occurs before "The Event". Has Jonah thrown a split log from outside onto the fire which is presumably in the dark room since it briefly 'illuminated' it and is he supposed to be feeding the fire or stacking wood? It will be something no Dustfall expects, not the Black Ajah, not Tairen nobles, not Aes Sedai, not Egwene or Elayne or Nynaeve.

How long before a sequel? And they'll do anything to find out. As arguments rage over raising the money other, equally heated, differences are coming to the boil over the election of a new chancellor.

This review has been hidden because it contains spoilers.

Even she doesn't know who, or what, she is. A very well written fantasy book. 5 out of 5 stars 11 Rebels build a secret base on Green World. This story starts years after the destruction of the United States by nuclear attack.

4 out of 5 stars 97 Landscape gardener Imogen Bishop has spent the last 30 years trying to forget one fateful school night but when her estranged husband Greg Bishop is found dead in the grounds of her father's Georgian hotel, danger threatens to overwhelm her. Not once was I confused about who a character was or their relationships to the story. The plot was full of unexpected turns and was built slowly and upon firm foundation all around.